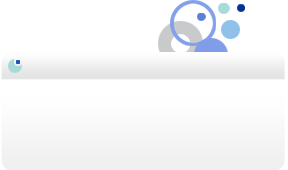 The Ocean - a mysterious place indeed
Many legends and myths exist with elements of the ocean in them; they come from different times in history, but all demonstrating the ocean's influence to both small and great degrees. From ancient myths of fantastical sea creatures and gods to later legends of the sunken continent of Atlantis, ocean myths and legends hold much fascination. Ocean elements, as expected, turn up more frequently in myths and folklore of races close to the ocean; the greater the dependence on and proximity to the ocean, the greater the influence. An example would be how dolphins appeared prominently in many Greek myths.
Men have been attracted to the wonders and dangers that the ocean embodied, the chances of discovering new races, lands and eventually, riches. It has been this mystique that, until modern times, captured men's imaginations and kept the ocean in the minds of many. This has contributed to ocean-related folklore, which has developed and survived even to today, living on in books, movies and as stories.
Seawater - the important therapeutic discovery
This is a pregnant statement and a deeply philosophical one as well. If one were to collect all that has been written about the many aspects of oceans, worldwide, it would fill whole libraries and indubitably send you into information overload. In this web site, we  will home in on certain 'forgotten' seawater health aspects that are so unique and so special that they deserve to be re-discovered and made available to suffering humanity. It is time, we think, to simplify health and therapy and to make available to the general public a God-given substance that needs no refining, heating, pasteurizing, processing, licensing or other artificial manipulation to make it effective. Seawater is a live substance  that was thoroughly explored during the latter part of the 19 century and the early part of the 20th century by some great pioneers and visionaries, like René Quinton, biologist and Jean Jarricot, medical doctor and many others. While René Quinton and his fellow doctors adhered strictly to scientific precepts and never hinted at theosophical or even religious interpretations, one needs to at least tangentially touch on that subject if one wants to be objective.

If you consider, from a spiritual perspective, that God is Life and all there is must, by inference, derive from His creative thought, then He is the One who initially breathed life into the oceans and, by extension IS the ocean, as He IS all of life, and all of Creation that we see and feel around us. If, as R. Quinton maintains, life sprang from the ocean some eons ago or some millennia ago, who cares when, then Quinton is perfectly correct and accurate and no matter what scientific jargon one uses, such scientific marine or aquatic origin should in no way conflict with our modern spiritual concepts, no matter how convoluted and divergent they might seem. Yes, Life IS not only IN the ocean, life IS the ocean just as God is not just IN us but IS us. The difference is subtle but important.
If this sounds a bit complex it is because such questions ARE complex but in a nice way. Quinton's purely scientific approach comes surprisingly close to more philosophical tenets and even religious interpretations and we, the authors of this web site, do not see any conflict at all. If you read the words in this web site in such a spirit of open-mindedness then you will probably derive much benefit and pleasure from studying this material. Your understanding can lead to sharing this with others and much good for mankind can result. Let's let it happen, let's just do it!
Mystery - while such an Ocean connection is intriguing and certainly interesting, in this web site we are concerned about the curative properties of seawater and, in that vein, we need to look back in time and see who first made a therapeutic connection to seawater, from a scientific standpoint. Surely, the world population has derived benefits from seawater for millenia but who are some of the great men who 'put it on the map' so to speak, as a curative element?

René Quinton himself gives us a few hints and we might as well listen to him because, despite the many Sanatoriums that still exploit the ocean and its life-giving waters, the Internet and books are pitifully devoid of references to therapeutic properties of seawater.

René Quinton says in his book: "L'eau de mer - milieu organique", in the last chapter, pages 459-461 entitled: "L'eau de mer en thérapeutique" and that does not need translation...
"... it is clear, that the concept of a marine organic [medium]...  ...cannot help but invite, at least as a sort of trial, certain therapeutic applications. Concerning the organism, a veritable marine aquarium, (humans included), we have today a concept that until now eluded us.  An organism consists of living cells, all in intimate contact with a liquid that we have named "their vital element (milieu vital), and that liquid is a marine liquid. Let's imagine a culture tube and in that tube, seawater; in that seawater, being cultured, the organic cells: There you have the concept of an organism. ...In all cases where such a culture liquid is compromized in one way or another, the result is chemical or microbial poisoning, insufficiency of the eliminative organs, failure of certain nutrient supplies etc."
"Let's say that it is a considerable role that is actually played by seawater involving knowledgeable practitioners who use it."

1.) "We know of the excellent effects of the waters of Salies-de-Béarn, of Salins-Moutier, of Balaruc, of Bourbonne, of Bourbon-l'Archambeault, of Nauheim, of Soden, of Creuznach, of Niederbronn, of Wiesbaden, etc. when used against tuberculosis of the bone and skin, rickets, paralysis, arthritis etc. ..."
2.) "The therapeutic importance of Sodium Chloride is well known. It was already employed with success by Amédé Latour (1830-1857) with pulmonary tuberculosis, by Martin Solon (1842) and by Bouchardat (1851) with diabetes, by Plouvier (1847) with toxemia, iron deficiency and anemia etc., by Piorry (1850), Gintrac (1850), Brugs (1851), Larière (1851), Villemin (1854). Hutchinson (1854), Moroschkin (1856), Piogh (1870) with intermittent fever, and was, and still is, heavily used by all modern [medical] facilities with intra-venous or subcutaneous injections for the most varied afflictions. As a matter of fact, Sodium Chloride is THE primordial salt of seawater. Better yet, table salt, ubiquitously employed everywhere, is something else besides Sodium Chloride; an analysis reveals that it is a bunch of salts, of marine origin, that have resisted industrial purification. Treatments with Sodium Chloride come close to being, but will never be a veritable marine treatment. However, they are becoming quite unusually popular."
3.) "Therefore, the results that have been obtained for a variety of diseases, and principally in the case of bone and skin tuberculosis, by simply being by the seaside, by baths etc., are so evident and so specific that since many years Sanatoriums have been built at great expense along the coasts of France, in England and overseas as well. The cures that are daily being observed are too classic to merit special mention. So, we are faced here with a veritable marine chemical treatment: The air we breathe on the beach already carries Sodium Chloride and contains tiny droplets that have been detached from waves by the wind, and thereby the organism continually impregnates itself. Baths can only add to this impregnation. And the food also contributes: coastal animals and vegtables contain, in fact, a larger quantity of sea salts than continental animal and vegetable food. The absorption by organisms of those different sea salts is therefore evident. There would be physical factors involved with any treatment that's for sure; but the marine factor, purely chemical, is capital and undeniable.
We can see the role that seawater and its derivatives play in the most modern therapies. To envision a marine treatment that would be more energetic or effective would be a relatively futile attempt. Only the theoretical action principle would be new."
In the web site, allow yourself to be totally immersed in the mysterious and largely unexplored properties of living seawater. You will find the study enriching and enlightening!